Even if your baby hasn’t shown signs of lactose intolerance or aversion to cow milk, it certainly couldn’t hurt to try out goat milk formula first.

There may not be too many options when it comes to goat milk formula, but when looking at Holle vs Kabrita Goat Milk Toddler Formula - Powder - 14 oz Size: 14 oz Model: (Newborn, Child, Infant) you’ll get two possible formulas for your baby to try out.

Both formulas are made primarily of goat milk (although Holle does have a Cow’s Milk version) and have similar health benefits that come with non-cow milk formula. It’s still made with healthy fats and proteins, but a big difference between goat milk formula and cow milk is that it has less allergenic proteins.

The main differences between Holle and Kabrita formula are: 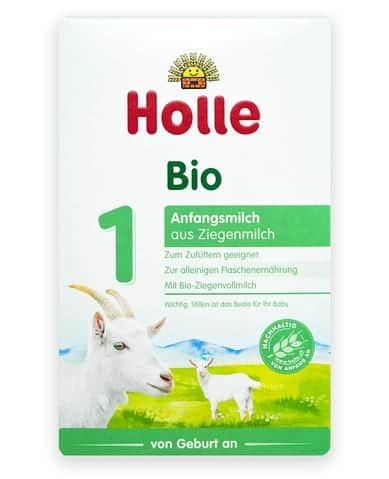 For the most part, goat milk formula is easier for babies to digest than cow milk. This is thanks to the proteins specifically. The proteins in goat milk make for smaller proteins in the stomach, which are easier to digest than the cow milk proteins that other formulas have. This is beneficial for babies with lactose allergies of course, but also babies who have a hard time properly digesting milk products in general.

Goat milk also has a different kind of fats that might be easier for babies with reflux to keep down. So if your baby doesn’t have a cow milk allergy, but he or she is prone to reflux and excessive spit-up during feedings, then goat milk, or goat milk formula, is the way to go.

Holle and Kabrita specifically are two major brands that offer goat milk formula, and although they’re similar in ingredients, the Kabrita is designed for toddlers rather than infants.

Both formulas are similar enough in price, though, and since they have similar main ingredients, it’s important to take a closer look at both the Holle and Kabrita Formulas. 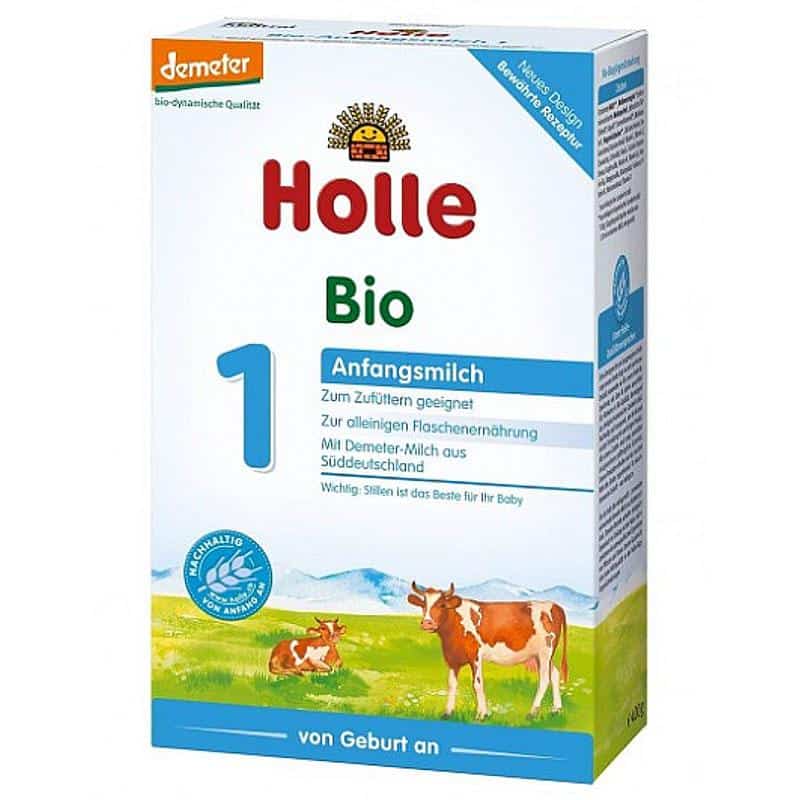 The Holle Baby Formula is known more in the U.K. than the U.S., but parents from both countries can still purchase and feed the formula to their little ones. It comes in three different stages, so you can use it right from the start and until your baby no longer needs formula. And if the goal is to keep your baby’s diet free from lactose, this is one of the ways to go.

The main ingredient is goat milk, but some of the vitamins and nutrients are Vitamin A, Vitamin b, Vitamin B2, and folic acid. The ingredients are all naturally grown, and there are no artificial colors or flavors added.

Unlike other powder formulas, whether they’re cow or goat milk-based, the Holle Baby Formula tastes good and is easier to digest than other formulas. It even smells good and seems so close to the real thing, as in real cow milk, that even picky infant eaters are unlikely to turn up their noses at it.

“I love this formula but can’t find it anywhere in the USA! I bought from this company in the UK, and I had it in less than two weeks. My baby loves it, and we have never had any problems with it. No spitting up and no gas or colic. I love that is organic and from bio-dynamic farming. Glad I found it!” – Heather W. on Amazon.

“Fast shipping! Great product, exactly as described. My daughter is doing great with the formula it doesn’t cause her painful gas or constipation like other formulas.” – Kathleen Beckley on Amazon.

“Rest assured parents this is the best alternative to breast milk that is on the market. My son is eight months old, and we have supplemented with Holle 1 & 2 since he was two weeks old. I researched endlessly, and this was the only milk that was organic and did not contain harmful ingredients… My son’s digestion of this has been akin to breast milk.” – Jackie R. on Amazon.

“Formula is way better than the other stuff…baby takes it well… and poops more often!! Will definitely recommend to other people.” – Duane Lashus on Amazon. 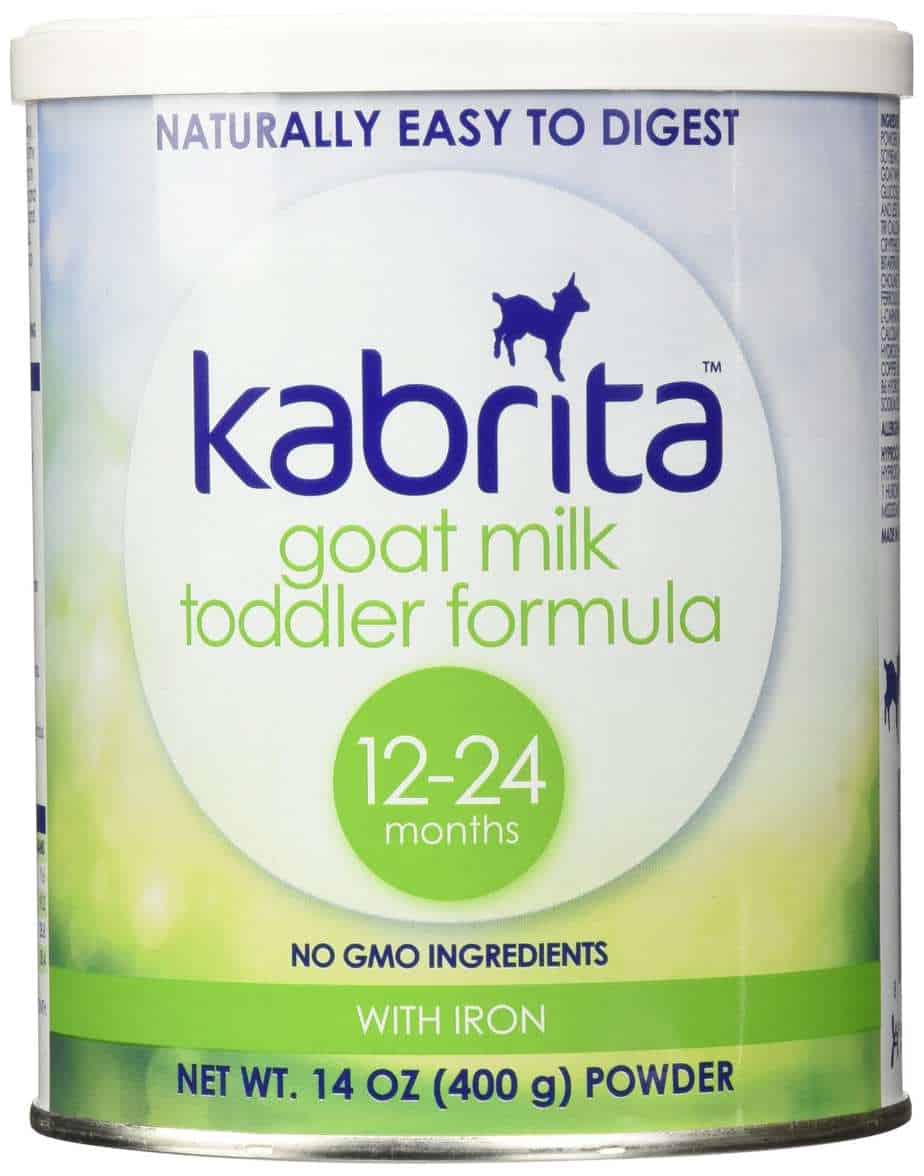 The Kabrita Goat Milk Toddler Formula, 14 Ounce (Pack of 1) is made from non-GMO ingredients and, as the name would suggest, goat milk instead of cow milk. It’s meant to be a proper solution for babies with a lactose sensitivity but still isn’t intended for babies who have an allergy to cow milk protein.

It’s made primarily from milk from family-friendly goat farms and is the only U.S. baby formula that’s free from glyphosate pesticides. Unlike the Holle, which is from the U.K. and can only be purchased online for U.S. residents, the Kabrita is a goat milk formula that’s actually from the U.S. It’s also free from antibiotics, heavy metals, and hormones. Since it’s made to help children with a sensitivity to cow milk, it can help them with digestion, and it’s generally just easier on the stomach. 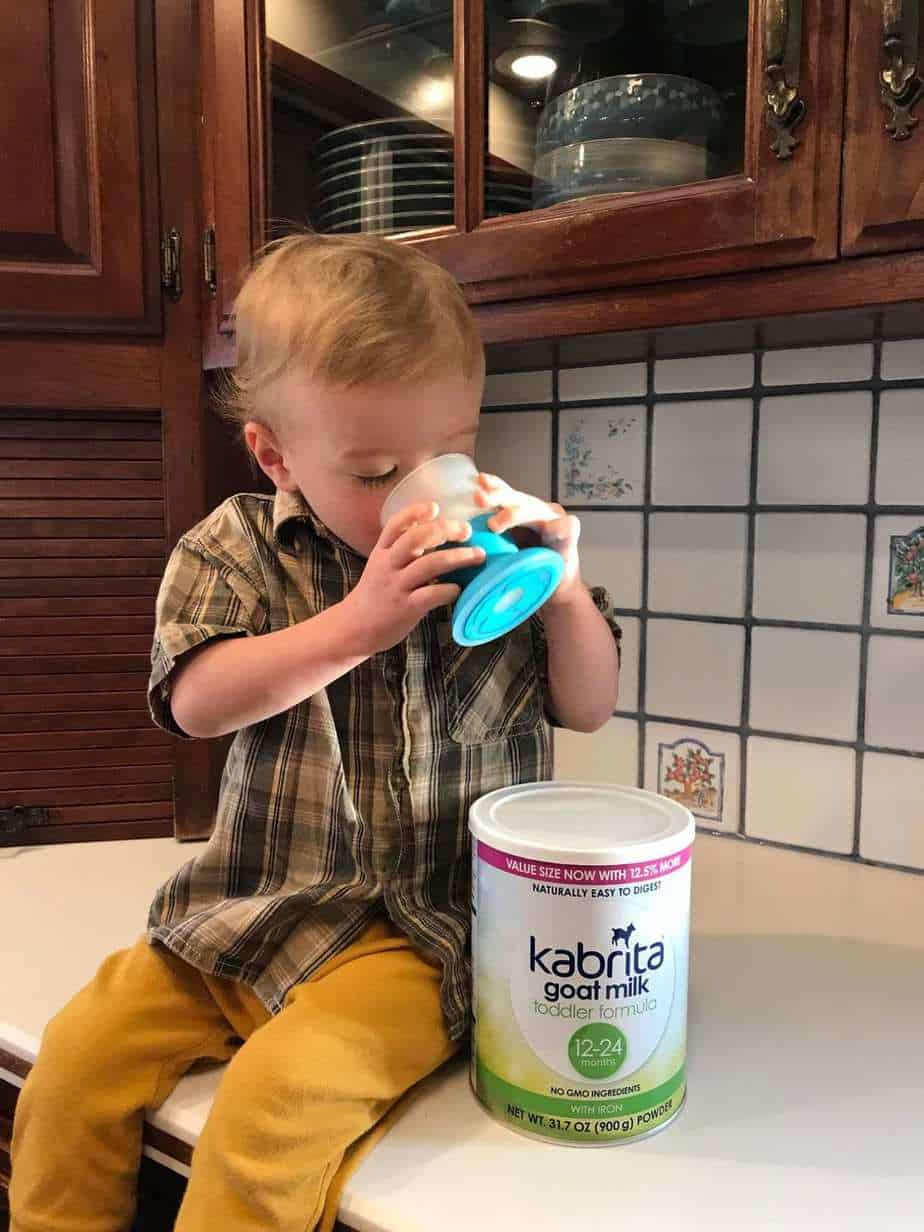 “This is the best toddler formula we found as far as organic, non-GMO ingredients, and it’s easily digestible. Our daughter couldn’t tolerate soy, and we didn’t want to give her cow’s milk, so this was a great alternative.” – Stacey Rempert on Amazon.

“Love this formula! My pediatrician recommended it for my seven weeks old because of her very sensitive tummy. The other sensitive formulas still hurt her stomach. This formula is gentle on her tummy and doesn’t cause those painful gas bubbles!” – Laura Dion on Amazon.

“This formula has been a life saver! I bought this formula for my six-month-old son after my milk supply had depleted and he had reacted with eczema to the cow-milk based formula Good Start. He took it without any trouble, and his skin started clearing up within days of switching.” – Anaka F. on Amazon.

“I had breast milk production issues, and I gave my dairy sensitive daughter this formula after trying lots of different kinds. She drank this from five months through 13 months. She is almost two and a half now, and I have no concerns at all giving it to my three month son now because of the same situation.” – Tim Venema on Amazon.

The Verdict: Holle or Kabrita?

For the most part, goat milk could be the better option than cow milk for your infant. Regardless of whether or not they have even shown an aversion to cow milk, it’s never too early to try and introduce goat milk for the health benefits alone. When looking at the particular options, though, the stronger one is going to be the Holle Baby Formula.

It’s strikingly similar to the Kabrita, sure, but it also comes in multiple stages to allow your newborn to use it up until they no longer need formula at all. Unfortunately, Kabrita is more of a toddler formula.

The Kabrita is more affordable of the two, but the Holle still wins in this instance. At the end of the day, both formulas are healthy and beneficial for babies, but the Holle is the way to go. 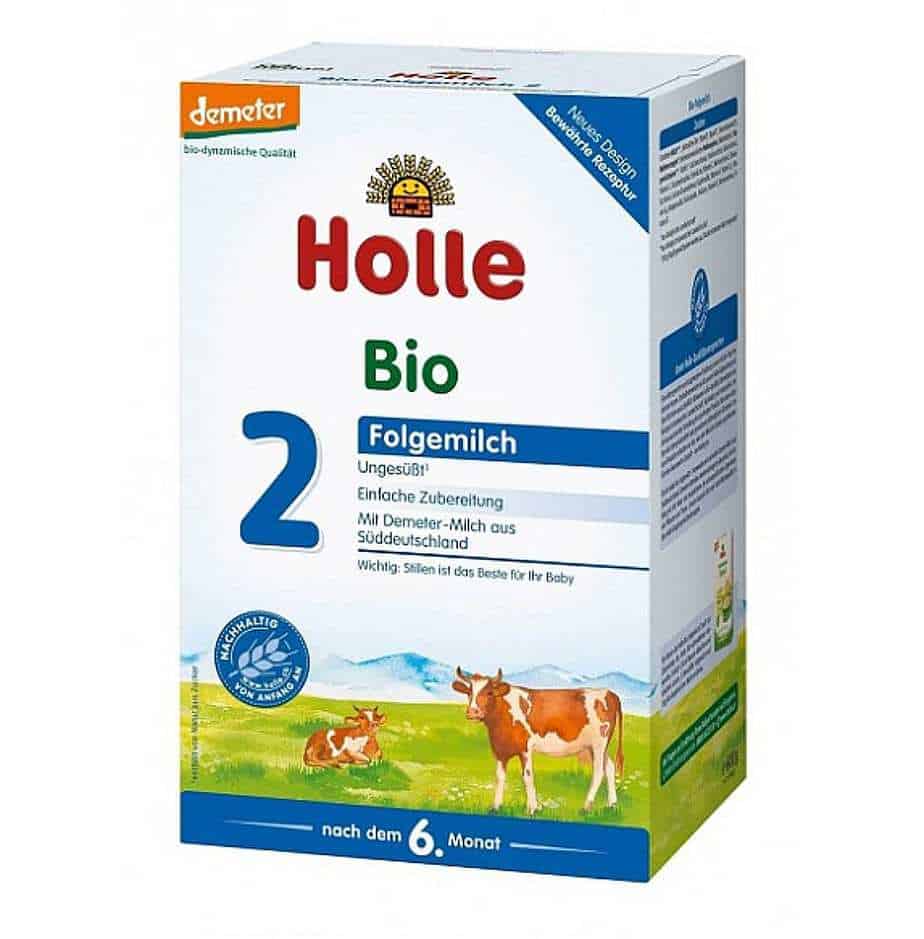 The benefits of goat milk formula can’t be stressed enough. There’s virtually no wrong that can come from trying it out with your own infant or toddler.

Unfortunately, there aren’t many options when it comes to goat milk formula, but if you’re willing to make do with the brands that are out there, you’re sure to find one that works well for your child.

Bottom Line: There’s always the chance that your baby still won’t respond well to goat milk formula or that he or she will have an allergic reaction to it, but it’s worth a shot. And when comparing Holle and Kabrita, the Holle Baby Formula is definitely the stronger option.