You never really know the struggle of finding the right bottle until you’re awake at 3 a.m., covered in beige vomit, and holding a baby who does not give a hoot about any of the liquid they just upchucked all over you and that brand new couch.

Then again, it’s your fault for buying a sofa that stains so easily, but still. Deciding on the right bottle for your baby isn’t as easy as you’d think and choosing between Tommee Tippee vs Avent bottles brings a whole other level of difficulty to the table. But if nothing else, it helps you narrow it down just a little.

Save a Bundle: In case you missed it, you can pick up the Avent Natural newborn baby bottles are available in a bundle set here. That’s a much better deal that buying individually or even in the 2-packs.

Even if you have a year’s supply worth of bottles that you received at your baby shower, the deciding vote for which bottles you end up with has nothing to do with what you want, but more so with what your baby decides works for them.

At least, where most aspects of the bottle are concerned. Because yes, the nipples vary greatly, as do the different levels of flow through them and the shapes of the bottles themselves.

If you’re a well-seasoned parent, you’re no stranger to this kind of weird plight. But if you’re new at this whole parenting thing, then feel free to shake your head in wonder at needing to literally make lists to figure out which bottles are best for you and your baby.

The main differences between Tommee Tippee vs Avent are: 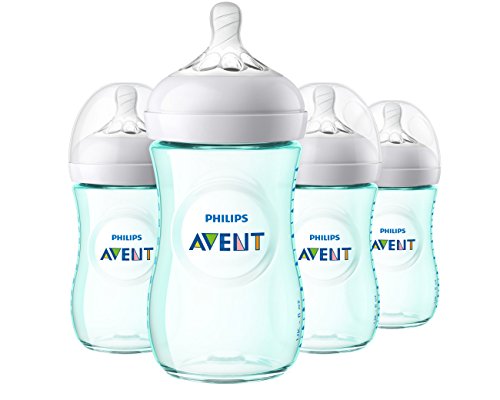 They are very similar, but the Avent bottles offer the same anti-colic features but with fewer pieces that are EASIER TO CLEAN. This means less bacteria build-up (a serious issue for multiple part bottles like Tommee TIppee).

What Makes Both Bottle Brands Special 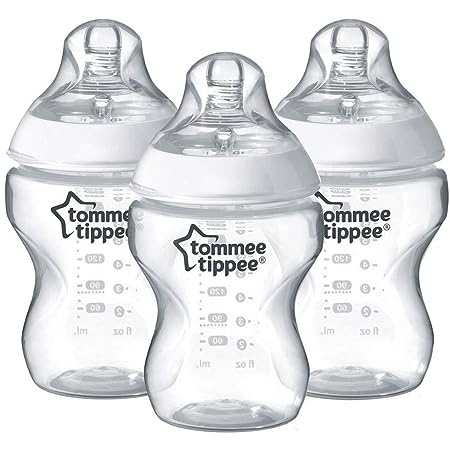 What They Do For Your Baby

How The Prices Stack Up

The Best Claims Of Both Of Them (Pros)

And Then The Not So Great (Cons)

Obviously, the similarities between the Tommee Tippee and Philips Avent baby bottles are super evident, but when you look at what they both lack or how they both hold up when actually used, it makes it at least a little bit easier to choose the best one for your baby.

On the one hand, you have the Tommee Tippee baby bottles, which are slightly cheaper and seem to offer colic relief above all else, which is always a Godsend. But on the other hand, you have Avent bottles, which come in literally three pieces and are able to be cleaned without each of them taking up an entire square foot on the drying rack.

But when it’s all said and done, when you think about the best thing for you and your baby, the best bet is going to be the Avent bottles.

They offer the anti-colic aspect, but they also don’t come in several parts, that all need each other, so if you lose one, you’re kind of screwed. It’s also super hard to clean every nook and cranny when you have tons of pieces of a bottle to clean, which can lead to a bacteria build-up which present a whole other kind of stomach issue for your baby.

And aside from that, you also get to supply your baby with a realistic nipple to feed them when you’ve moved past breastfeeding or when it just isn’t working for either of you anymore.

They are very similar, but the Avent bottles offer the same anti-colic features but with fewer pieces that are EASIER TO CLEAN. This means less bacteria build-up (a serious issue for multiple part bottles like Tommee TIppee).

Choosing the right bottle for your baby is a very real struggle, as silly as it sounds, and if you can get through it and come out on the other side as someone with a kid who sleeps through the night and doesn’t throw up on you at every feeding, then you’re golden.

I'm so confused as to what parts you refer to in the Tommee Tippee. The Closer to Nature bottles literally have 3 parts: the nipple, the ring, and the bottle. The standard bottles have one extra part (the advanced anti-colic device).

Tommee Tippee Bottles Review — How Well Do They Compare? - The Baby Swag

[…] applied to baby bottles, too. With so many brands out there – Nuk, Gerber, Tommee Tippee, Philips Avent, Medela, Comotomo, Playtex – how do you know which baby bottle to buy? Which brand is best, […]