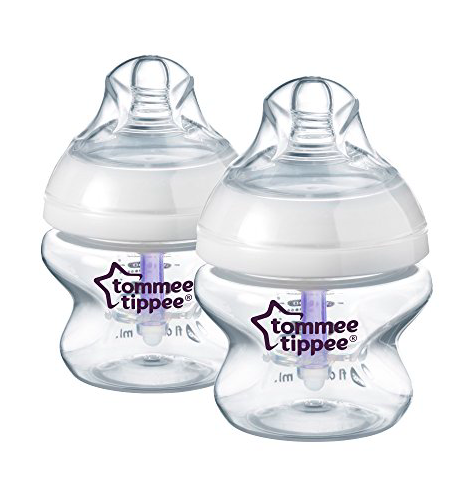 As a new mom, I was positively puzzled by all of the different brands that existed for the same products. People would ask me which brand of diapers I would prefer to receive at my baby shower, what kind of sterilizer to get, which breast pump to get- how was I supposed to know? I’d never done this before!

The same concepts applied to baby’s bottle, too. With so many brands out there – Nuk, Gerber, Tommee Tippee, Philips Avent Natural, Medela, Comotomo Baby Bottle, Playtex – how do you know which baby bottle to buy? Which brand is best, and why? Don’t they all pretty much do the same thing? Ask me about bottle brands two years ago, and I would have probably said “Gerber?” (complete with the question mark).

Thankfully, I didn’t have to buy any milk or water bottle because I received plenty of samples from shopping at maternity clothing stores, or they came packaged with my breast pump, or I received them as gifts at my shower. Insofar as the samples were concerned, I kept receiving 5 oz. Tommee Tippee Closer to Nature Anti-Colic bottles. My first thought was “oh, cool – free stuff! I’m really going to like this pregnancy thing!” My second thought was “what the heck is a Tommee Tippee?” 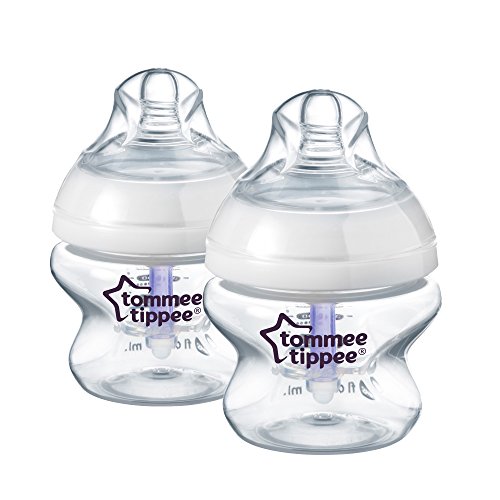 I had never heard of the brand before and, to be honest, it wasn’t love at first sight. When I first opened the samples they felt significantly top-heavy, which was off-putting. Plus, their squatty-body design looked like they would make for an awkward grip when you were trying to get your adult-sized hand around it. How were you supposed to feed your baby without dropping the bottle right on his face?

What Tommee Tippee Says They Do

Here are the features that Tommee Tippee says you can enjoy by opting to buy their Closer to Nature Anti-Colic bottle: 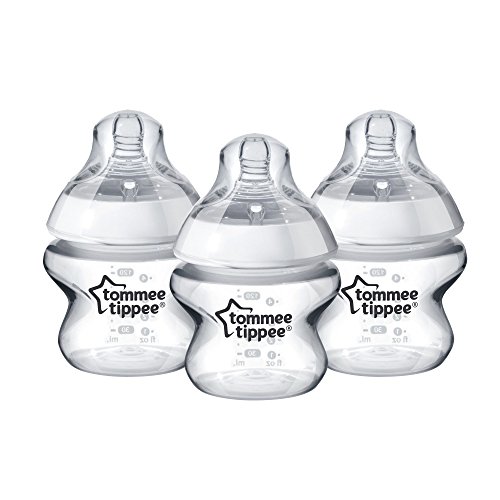 Putting Tommee Tippee to the Test 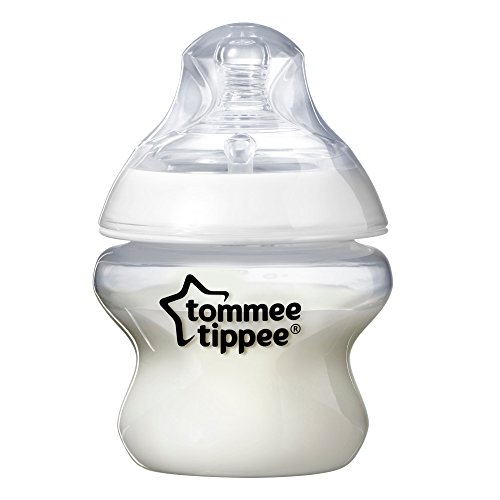 I nursed my baby boy when he was first born, and I still do now, 21 months later. However, I belonged to that very unfortunate and always-growing group of mothers who are ripped away from their children at the six-week mark by their jobs.

They say it is best for babies to be exclusively breast-fed for the first six months of their lives, so what is a working mom to do when she still wants her baby to eat the finest that nature has to offer? She begins pumping at the four-week mark and freezes that “liquid gold” so that whoever is watching the baby while she is working has enough of a stash to feed baby on even the hungriest of days. For these purposes, I used Tommee Tippee newborn bottles.

I can’t say why I opted for Tommee Tippee bottles over the other bottles I was given. Maybe I was subconsciously drawn to their small size and different shape.

Maybe I was attracted to the idea of using a brand I had never used before. Of course, everyone expects a brand like Gerber or Nuk to be good, so what about this new (to me, anyway) brand? If it didn’t work out, then I wouldn’t have been as disappointed as I would have been had I discovered a faulty Gerber or Nuk bottle, so I had nothing to lose here and everything to gain. 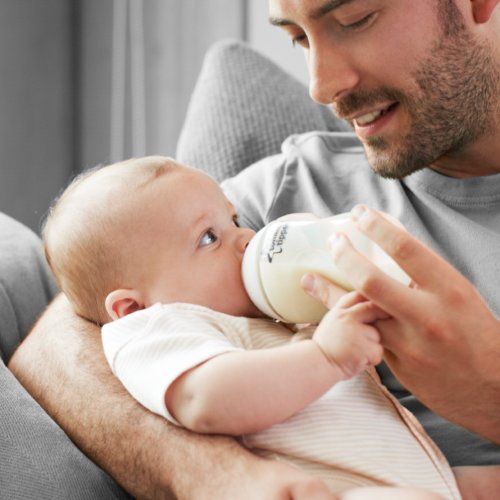 So here’s a sum-up of the “Pros” and “Cons” I encountered in using these particular Tommee Tippee bottles: 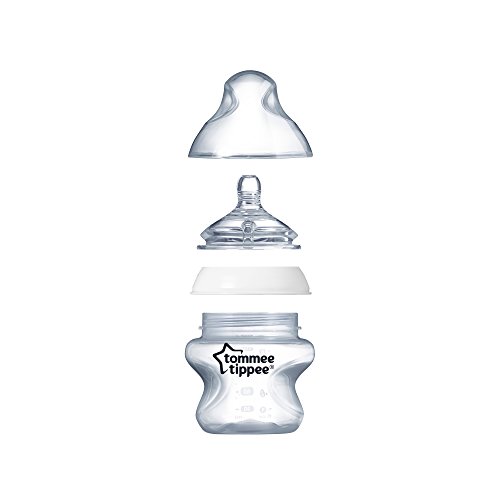 Final Call — a Good Value for the Money?

Overall, I would definitely recommend Tommee Tippee bottles over the other leading brands.

Despite being initially put off by their seemingly top-heavy design, these were the bottles I would reach for again and again to feed my still-nursing-but-bottle-fed-while-I-was-working infant.

They were actually comfortable to grip, they held the perfect amount of milk for each feeding session, they were insanely easy to clean, and my son was able to transition from the breast to the bottle with no hiccups whatsoever.

Rowan is a busy mom who is OBSESSED with finding the best swag (re: gear) for her ducklings. She loves giving advice to new moms, looking to make a quick (but informed) purchasing decision without reading 100 reviews. 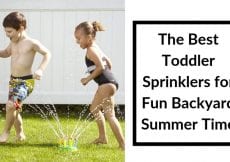 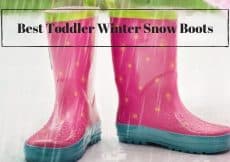 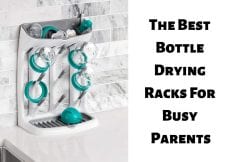