Contrary to popular belief, you don’t have to be a hipster or a yuppie in order to sport a baby carrier and enjoy doing it.

In fact, as most new parents will find, discovering a new baby carrier that actually holds your baby in place while not putting a strain on your back is a huge accomplishment.

So when we compared the Ergobaby 360 vs the Tula baby carrier, there were plenty of aspects to look at in both of them. Because while your baby’s comfort and safety is key, your own comfort is important too, since you’ll be the one carrying another human on your body for an undetermined amount of time.

Of course there are plenty of other carriers out there that are probably far lower quality and much more superior than both of these, but these are also high on the baby registries of most parents, thanks to the longevity of both of them and the easy assembly that comes along with wearing one, as opposed to some of the other baby carriers out there that you literally need a partner or friend to help you with every single time.

Figuring out the best baby carriers out there is no easy feat, but that isn’t the goal here. Instead, we’re looking at two different carriers, the Ergobaby 360 and the Tula, which seem pretty much the same at face value, but also have plenty of differences to be able to compare them. 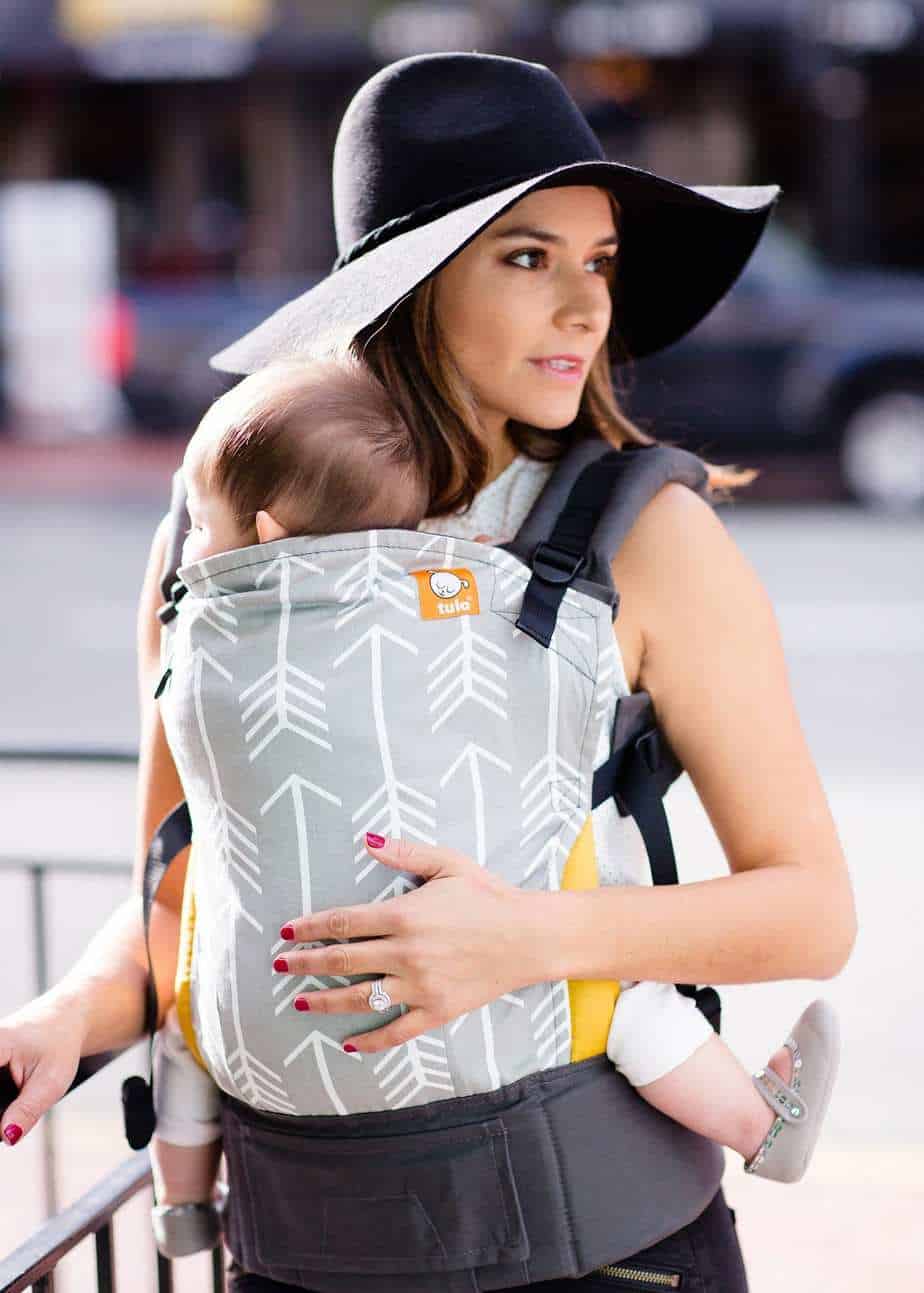 There are many great baby carriers out there, but Tula is REALLY awesome. It's easier to use and is expandable from infant to toddlers (higher weight limit).

Check Out Tula Here! Learn More
We earn a commission if you click this link and make a purchase at no additional cost to you.

Key Differences Between the Tula vs Ergobaby Carrier

The main difference between the Ergobaby carriers and Tula carriers are that the Tula cariers are designed for babies AND toddlers from 25 to 60 pounds, whereas Ergobaby are designed more speficially for infants from 7 to 33 pounds. The Ergobaby 360 does offer more carrying positions, but the Tula has a cliclable secure waist belt unlike the Ergobaby which only offers an adjustable velcro strap that is harder to secure on your own.

Ergobaby vs Tula: How They’re Both Used

How to Use the Ergobaby 360 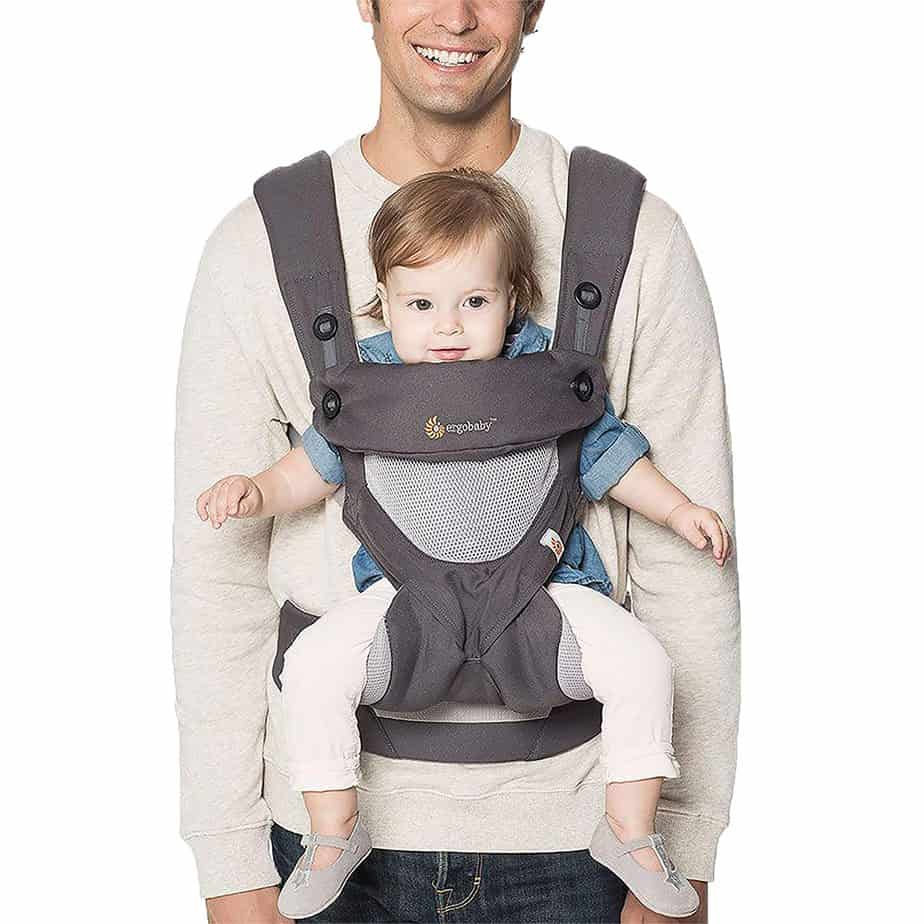 Like, for real. It can be the difference between a fussy, gassy baby, and one who is content to just chill out in the carrier against your chest, kicking chubby legs and laughing at nothing. The different positions available with the Ergobaby 360 are front-inward, front-outward, the hip, and the back.

How to Use the Tula

The Tula baby carrier is made in different sizes, enabling you to go from carrying your newborn baby on your body to holding your toddler.

Which is kind of amazing, since anyone who has a toddler knows the very real struggle of the stage where they don’t want their stroller anymore but they also have little legs that can’t walk for long periods at the zoo. There is also a flap on the back which can be flipped up and over the baby’s head to shield him or her from the elements, and it snaps in place on top of the carrier.

What They Do For Your Baby

With the availability of so many different positions, the Ergobaby 360 carrier ensures that there will be some way to keep your baby comfortable, no matter how stubborn he or she might be.

The bucket seat that the carrier is designed with also ensures that the baby will always be in a position to have the most optimal comfort. The carriers are designed to sustain babies who are seven to 33 pounds.

Along with the breathable mesh center panel that allows air to flow through the carrier, there is also extra padding placed around the leg openings so that your baby’s legs, no matter how chubby and adorable they are, won’t need to be squeezed in there and cause any discomfort for them.

It also has an “ergonomic M-position seat” that is designed to support and conform to a baby’s body so they’re comfortable the entire time they’re being held in the carrier. The baby carriers are suited for babies from 15 to 45 pounds, while the toddler carriers are designed for kids from 25 to 60 pounds (so little one is free to grow from infant to toddler weight range).

Both devices are also medically reviewed to prevent hip dysplasia in newborns.

What They do For YOU!

Both the Tula and Ergobaby are designed to be easy to use and flexible. Being on the go doesn’t mean you can’t take a baby with you!

How The Prices Stack Up 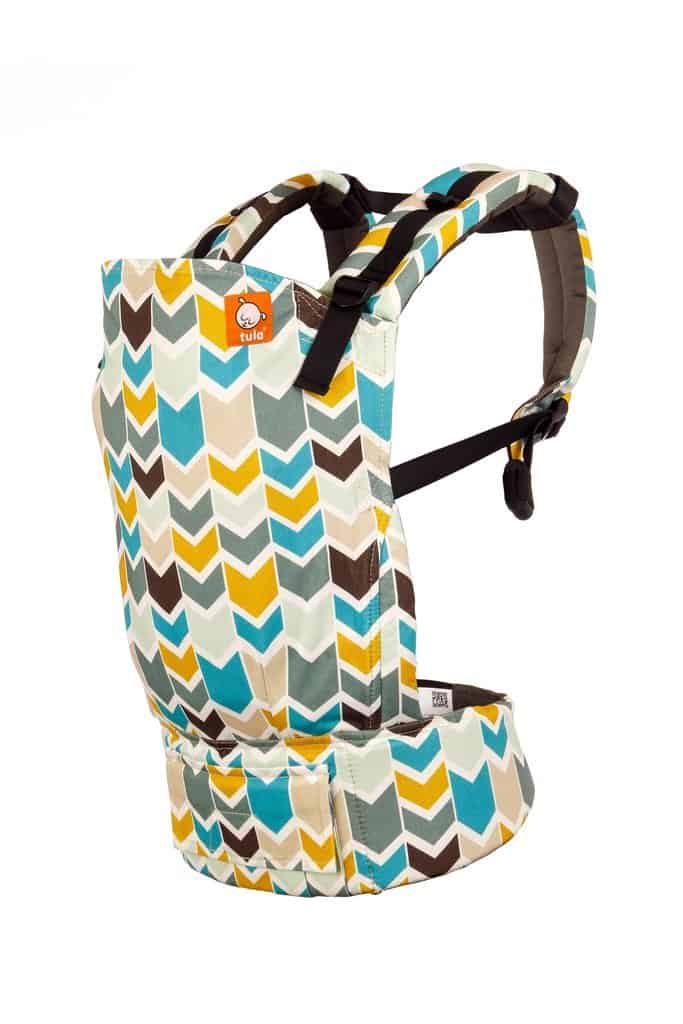 You can find the Ergobaby 360 on the website at Ergobaby.com, Target, and Amazon. Because of its quality and everything it does for your baby and its overall comfort, the Ergobaby 360 won’t be found for cheaper on Amazon, but that’s just because you get what you pay for.

Tula carriers can be purchased on the Tula website here, at Target, and on Amazon. For a higher quality baby carrier with similar features and the ability to hold your baby up to 45 pounds and your toddler up to 60 pounds, that’s the going rate and in most cases, anything less than that with the same features might prove to be lower quality in the long run. Check out the latest discounts and prices.

The Best Of Both Of Them (Pros)

All of the different positions offered for the comfort of the baby are also, in turn, beneficial for the person utilizing the carrier. And being able to carry your baby on your hip while using a carrier that holds them securely in place is an added bonus, as opposed to simply the front or back positions.

Instead of having the weight of a baby on your body negatively affect your shoulders or back after a while, the Ergobaby 360 rides lower on your body. Speaking of which, the thick band that wraps around your body is also positioned so that it actually hides any pooch of a belly, rather than create an annoying muffin top.

Honestly, one of the very best things about the Tula is the plethora of designs that they come in. From floral to animal print and arrows, there are prints for literally any kind of parent that doesn’t want to go with the sometimes tired plain color carrier. The design also makes it possible for your baby to have almost a seat of sorts as they’re nestled against your chest, instead of simply being squished against you for safety.

Like the Ergobaby, it has a thick band that wraps around your waist, which is also a Godsend, in that it isn’t super thin so it doesn’t stretch and dig into you while you’re wearing your baby, and it comes in long enough sides to accommodate different waist sizes so it isn’t a one size fits all type of deal.

There’s also a front pocket on the carrier that can hold little things like your phone or car keys but makes a huge difference when you literally just want to be hands-free. And as a parent, getting moments like those are precious.

Both carriers and infant insert are also machine washable!

And The Not So Great (Cons) 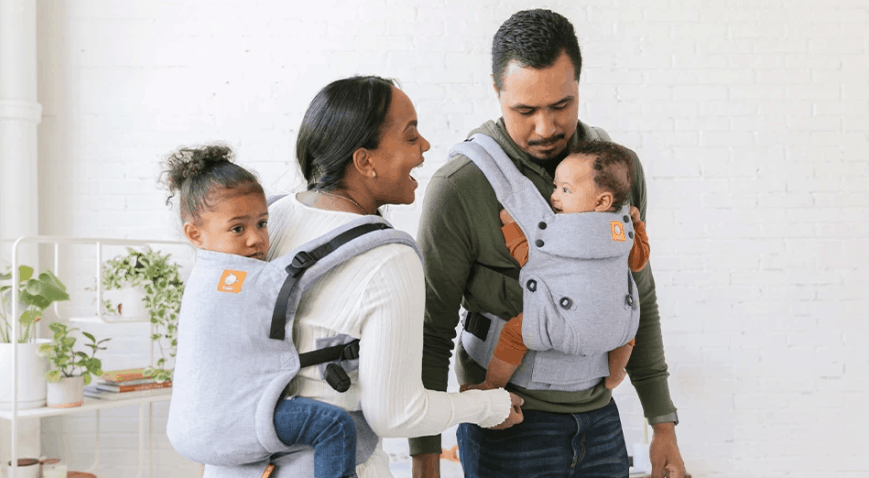 Although the adjustable Velcro panel on the thick waist strap is super strong, it also makes it harder to get the carrier on by yourself. Of course, it’s not impossible, but it also doesn’t give you nearly as much peace of mind as a waistband strap that clicks into place. It’s also no fun accidentally getting your clothes caught in the Velcro, which can sometimes take a corner of your favorite shirt so it never looks the same again.

The hood that comes with the Tula is detachable, but if you want to shield your baby’s head from a rain shower or the sun, it’s all well and good, but then you flip it back and it sort of just hangs on the carrier, covering up any amazing pattern you’ve chosen and being something of an eyesore. It can be placed in the large front pocket of course, but then that sort of negates the purpose of being able to use that handy pocket for much else.

The Decision: Ergobaby vs Tula

When you have two baby carriers that are so similar in both style and price, figuring out which one is the better deal isn’t exactly easy.

Likewise, it’s hard to overlook any of the negative aspects of a good carrier, regardless of how beneficial it is in other ways.

One note is that these are both intended as a toddler carrier. They do come with an infant insert, but it’s generally better to use an infant wrap for most little ones under 6 months.

It’s amazing that the Ergobaby 360 has multiple positions for your baby, but I can’t get over that Velcro strap.

And the different prints of the Tula make me want to buy multiple ones for different seasons, but that little head flap situation isn’t exactly fun to think about dealing with, no matter how ecstatic the model in the picture looks to be wearing one of the carriers.

Between the Ergobaby 360 and the Tula, though, the better option in the long run would have to be the Tula here.

The weight limit on the baby carrier is higher, settling in at a maximum weight of 45 pounds. And while the sun shield flap might get annoying, it’s also plenty convenient and you can always keep it off completely, to avoid dealing with it if you decide not to use it when you’re out and about.

You also can’t argue with the safety and security that the clicking belts provide when you strap on the Tula on your own, without any help needed from anyone else. Overall, the Tula shoulder straps are designed a bit better.

Unfortunately, no matter how many boxes of diapers you buy ahead of time or how many outfits you have hung up in their closet, being ready for a baby isn’t as easy. And neither is deciding on all of the different things they’re going to need. Welcome to parenthood, right?