The benefits of having a diaper pail at all aren’t that hard to agree with. Instead of taking out trash bags full of dirty diapers multiple times per day, the right diaper pail that keeps soiled diapers contained is a much less burdensome way of dealing with them.

And the good news is that diaper pails can be used with a second or third baby too, as long as they’re taken care of and cleaned out once a month or so in order to keep them fresh. And for most parents, that definitely beats accruing more waste with extra garbage bags that can only hold so many dirty diapers before they stink when inside the house.

Since it’s estimated that babies go through more than 3,000 diapers in the first year alone, having a good diaper pail companion can be a huge help. And this list of the four best diaper pails will hopefully make it even easier to choose one and be done with wastebaskets full of dirty diapers.

The Playtex Diaper Genie is known by most parents for its name and the fact that it’s generally affordable as far as diaper pails go. It’s also made to be operated easily with a simple pedal for parents to step on to dispose of dirty diapers.

Each time Playtex releases a new one, they seem to improve on the last one, making each new version better than the last. But the really positive thing about the Diaper Genie is that even though new versions come out every couple of years, they all use the same liners, making them forever useful.

This particular, newest version of the already trusted Diaper Genie, comes in several different colors and is made to prevent odors from escaping while keeping diapers securely fit in each Diaper Genie bag encased inside the pail.

For some, it might be the easiest option for the best diaper pail because of its convenience in finding it in stores and the fact that it’s a name synonymous with diaper pails in general, but the proof is in its benefits. 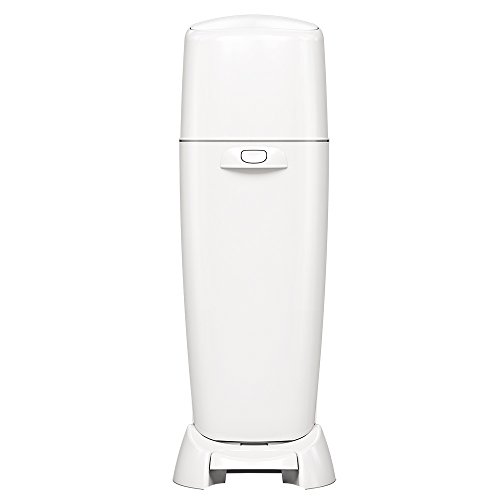 Playtex Diaper Genie Complete Diaper Pail with Odor Lock Technology
$61.40
Check Price
We earn a commission if you click this link and make a purchase at no additional cost to you.

Like the Diaper Genie Complete, the Dekor Plus Disposal Pail comes in a variety of colors, which can be useful when designing the perfect nursery and not being crazy about the idea of stark white.

The foot pedal makes it easy to simply step on and drop in a soiled diaper and be done with it, but more than that, the Dekor Plus Disposal Pail can also be used for bags of pet droppings instead of tossing them in the regular garbage can.

And instead of using the typical polypropylene plastic that most are made out of, the Dekor Plus Disposal Pail is made with ABS plastic, which claims to be an odor-proof plastic material that doesn’t turn yellow as some other ones do.

The ABS plastic used in the Dekor Plus Disposal Pail is also what’s used in protective headgear, Legos, and even some medical equipment. And since the plastic is designed to be odor-free, there is no need for any filter cartridges. 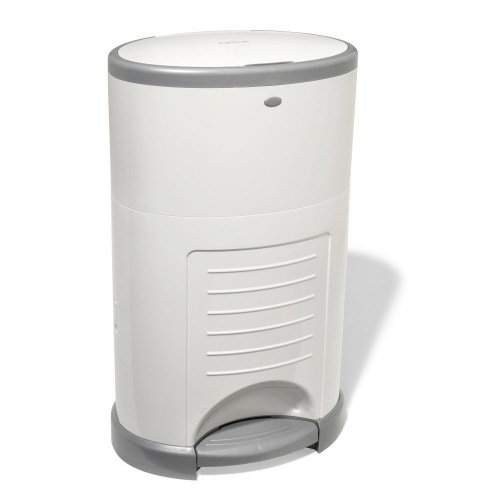 Diaper Dekor Plus Diaper Disposal System
$50.00
Check Price
We earn a commission if you click this link and make a purchase at no additional cost to you.

It’s always a relief to some parents to be able to keep their baby’s accessories all in the family. In other words, if they already love Tommee Tippee bottles or sippy cups, then buying the Tommee Tippee Simplee Diaper Pail might be the best move for them.

The pails are lines with a fragrance to keep odors at bay and actually come made with an antibacterial ingredient that kills 99% of germs on contact. Since the lid lifts, it also means less pull and tear bags and more bags that just need to be tied off in order to toss them in the garbage when full.

The seal is also made to close and block out any odors that might manage to escape when open. Just because it’s a brand that some parents already know and trust doesn’t necessarily mean that the Tommee Tippee Simplee Diaper Pail is the perfect option for them, but it could certainly meet all of their particular needs. 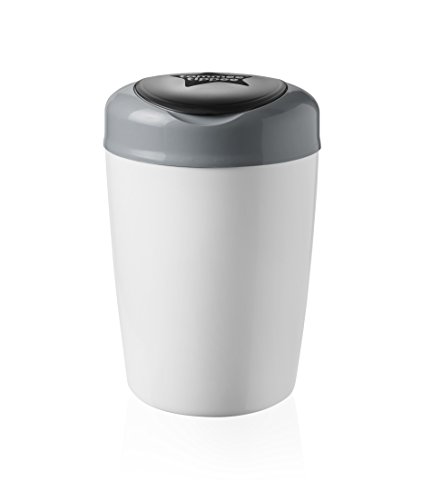 Tommee Tippee Simplee Nappy Disposal System Check Price
We earn a commission if you click this link and make a purchase at no additional cost to you.

Safety 1st is another popular brand that parents come to recognize and trust when it comes to their baby’s accessories and needs. That being said, the Safety 1st Easy Saver Diaper Pail might be the best diaper pail for them. With handy deodorizer discs that are designed to keep the diaper pail smelling fresh, it’s an easy addition to the nursery for some parents.

And while it doesn’t have a foot pedal, the Safety 1st Easy Saver Diaper Pail does include an easy one-touch knob on the top of the pail that makes opening it with one hand relatively easy when throwing away dirty diapers. Deciding on whether or not this is the best diaper pail is solely up to the parents of course, but sometimes trusting a familiar brand might be the way to go.

Safety 1st Easy Saver Diaper Pail
$29.99
Check Price
We earn a commission if you click this link and make a purchase at no additional cost to you.

When it all comes down to it, the best diaper pail is going to depend on the family’s preferences as well as their budget.

It will also depend on accessibility since being able to purchase in-store is more preferred for some while being able to simply order supplies online makes things easier for other parents. But even though it’s up to the parents, in the end, this list of the top 4 best diaper pails may have b=made this part of the baby supply search that much less stressful.