When you have a baby, you come to recognize the different cries out of hunger, discomfort, and crankiness when your baby is over-exhausted. But in some cases, the cries become much worse and if it’s because your baby suffers from colic, it’s no wonder that his or her cries would be so hard to calm.

A big symptom of colic is gas and due to gas pains and constant discomfort, babies will sometimes be inconsolable. This is where Playtex Ventaire bottles come in though, as they’re designed to prevent air ingestion for less gas, as well as spit-up and fussiness in babies.

The curve of the bottle itself promotes easier upright eating, which in turn helps eliminate the risk of air bubbles getting in the bottle and also helps in preventing ear infections.

The anti-colic bottom vent of the Playtex Ventaire bottles is made specifically to keep any air trapped at the back of the bottle as baby drinks, allowing almost none to mix in and find its way to your baby’s belly. 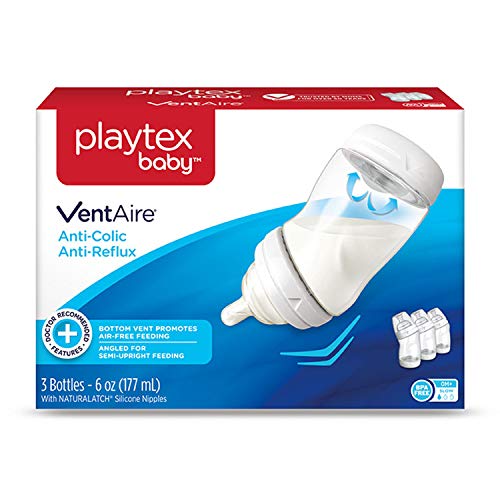 Playtex Baby VentAire Bottle
$21.97
Check Price
We earn a commission if you click this link and make a purchase at no additional cost to you.

In either case, they work to prevent colic and fussiness in babies through their nipples, but the simple anti-colic baby bottle even has a valve in its nipple designed specifically to reduce gas and discomfort in babies. The Airflex venting system is what reduces the chance if air bubbles going into your baby’s milk flow.

The nipple itself has a rubbed texture made to help prevent it from collapsing during feedings and give your baby a totally uninterrupted feeding experience each time. 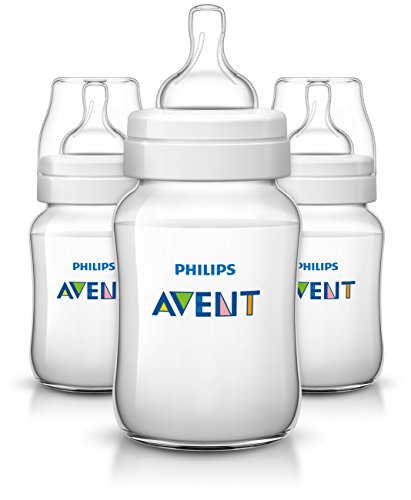 While both are good options, I strongly prefer the more realistic (nipple) and multi-part (better for cleaning + space) bottles over Tommee Tippee.

If you’re already an experienced parent, then you know that for toddlers’ sippy cups, Tommee Tippee is already a well trusted brand that is definitely comparable to Playtex. Naturally, then, they would have the Tommee Tippee Closer to Nature Anti-Colic bottle to help babies right from the start.

The natural latch nipple is designed to help babies latch on to it right away, while the vent and tube system prevents too much air from getting in as your baby feeds. The tube and valve system work with air entering the bottle safely, but being vented down through the tube into the allotted space in the base of the bottle, at the base of the bottle, staying away from the milk completely.

The bottle also has a more compact shape that allows the baby to be closer to his or her caregiver as they feed and really feel the bond each time. 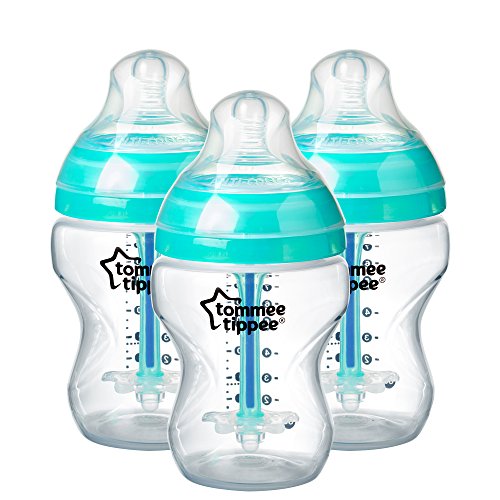 Tommee Tippee Advanced Anti-Colic Bottle
$25.00
Check Price
We earn a commission if you click this link and make a purchase at no additional cost to you.

Without using any complicated valves or tubes, the Nuk Simply Natural bottle works to prevent colic in babies with its own anti-colic system. But in this case, it’s a vent air system directly in the side of the nipple.

Depending on the flow your baby prefers, the nipples for the Nuk Simply Natural bottle come with three to nine holes to mimic the flow from a real nipple and help ease babies into bottle feeding. In order to feel even closer to the real thing, the nipples are also flexible as baby feeds to prevent a break in their latch.

Thanks to the bottle’s advanced anti-colic air system that’s already built-in and doesn’t require any extra pieces or parts, babies are more likely to swallow their milk instead of gulps of air, which causes fussiness and discomfort. 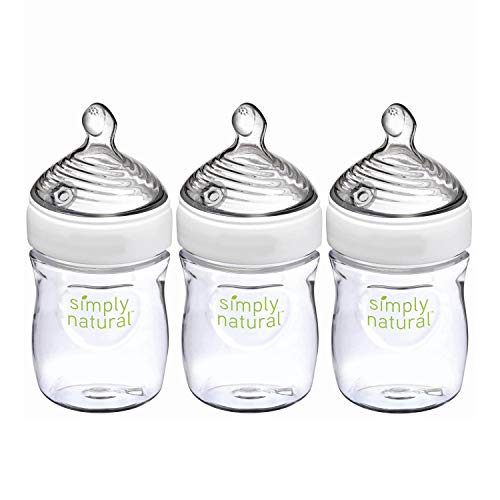 NUK Simply Natural Baby Bottles
$24.99
Check Price
We earn a commission if you click this link and make a purchase at no additional cost to you.

Even if your baby doesn’t officially have colic, there are enough stomach issues and gassiness in infants to warrant special anti-colic bottles like the Playtex Ventaire.

Playtex Baby VentAire Bottle
$21.97
Check Price
We earn a commission if you click this link and make a purchase at no additional cost to you.

In some cases, it’s also a case of being better off safe than sorry and go with the bottles right from the start to prevent any air bubbles in your baby’s bottle or subsequent gas pains in their tiny bellies.

There are certainly comparable products out there, but none of the other brands quite live up to the scientific research that backs up the way Playtex Ventaire bottles help lessen colic, spit-up, gas, and other digestive problems in babies. It might not necessarily be the number one solution to all of your baby’s colicky issues, but it’s certainly a good start.

[…] Playtex Ventaire baby bottles are known for their gas relief purpose. This makes the ideal choice for you if your infant is […]