A car seat is legitimately one of those things that you don’t know enough about until you’re an experienced parent going through too many of them and later realizing that it all could have been avoided, had you known about some of the convertible car seats on the market.

That being said, this Graco Nautilus 65 3-in-1 car seat review is a prime example of not knowing what you don’t have until you realize that there is so much more out there for you to utilize as a parent and for your baby to enjoy.

As in, it will hopefully give you the tools you need to not have to go through an infant car seat, and then a forward-facing seat, and then finally a booster seat with a high back. And, eventually, the plan old booster. Because what if I told you that all of these could come in one neat little package?

Or, at the very least, make it a little bit easier for you. Because I don’t know about you, but three years in, I’m still learning about how to be a good parent without letting the house catch on fire.

What It Says It Does

The Graco Nautilus 3-in-1 Car Seat is designed to literally grow with your baby. Ok, maybe not in the actual literal sense, but it is made to stay with your baby for every step of their physical development. It also has an energy-absorbing foam cushioned around the seat for safety with a 5-point harness system.

While the EPS cushion is there to soften the blow that any bumps or accidents may cause, the car seat also has a steel frame. As a 3-in1 car seat, the Nautilus claims that, through each stage, it can be used from the time your baby is 22 pounds, up until around 100 pounds.

So basically, until they’re old enough to start begging you not to have to use a booster seat anymore. It also claims to be easy to adjust, without the headache of trying to figure out what harness goes where as you move through each stage of the car seat.

What It Actually Does

As far as wanting a car seat for your baby that actually holds them in without pinching them in all of the most annoying places, the Graco Nautilus is legit. It will hold them in snugly while providing ample cushion on each side.

Now, this doesn’t offer much wiggle room which kind of dampens your baby’s comfort in a way, but the safety aspect is still there. It’s also easy to install in your car, especially as a base is not needed with this particular car seat. And there are indeed plenty of adjustments available to accommodate your baby and toddler as they grow since we all know that some little ones are petite while others can grow too fast for their jeans. 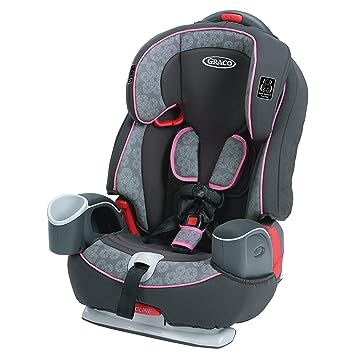 Graco Nautilus 65 Car Seat
$239.99
Check Price
We earn a commission if you click this link and make a purchase at no additional cost to you.

At $155, the Safety 1st Grow and Go 3-in-1 Car Seat is already fairly similar to the Graco Nautilus in price. Check out the latest prices and discounts here![/easyazon_link]) But the similarities don’t stop there. The Safety 1st, like the Graco, grows with your child from around the age of 1 until they’re done with booster seats altogether.

But more than that, it also features a rear-facing position that is good for babies and toddlers 5-40 pounds and adds a little extra convenience for your different baby and toddler stages. It also boasts thick padding for optimum safety on all sides, as well as those handy cup holders everyone always seems to love. 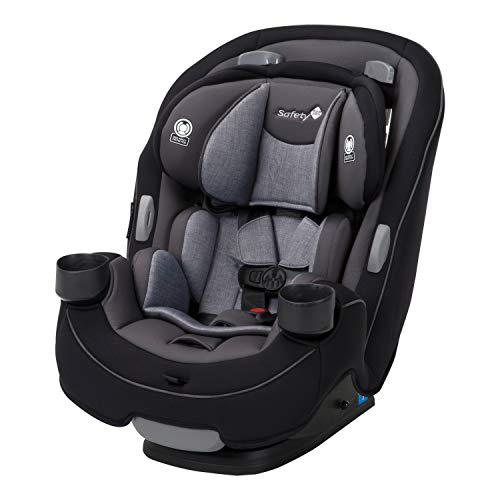 Safety 1st Grow and Go 3-in-1 Car Seat
$179.99
Check Price
We earn a commission if you click this link and make a purchase at no additional cost to you.

Like both the Graco Nautilus and the Safety 1st Grow and Go, the Evenflo Symphony DLX All-In-One Car Seat is affordable at $157 and is made to grow with your baby. It is also good for your baby from infancy, at 5 pounds, all the way up to 110 pounds and goes from rear to forward-facing as you need it to. The easy to install latch also makes it possible to have it installed in your backseat in just 60 seconds, which kind of sells the car seat on its own. 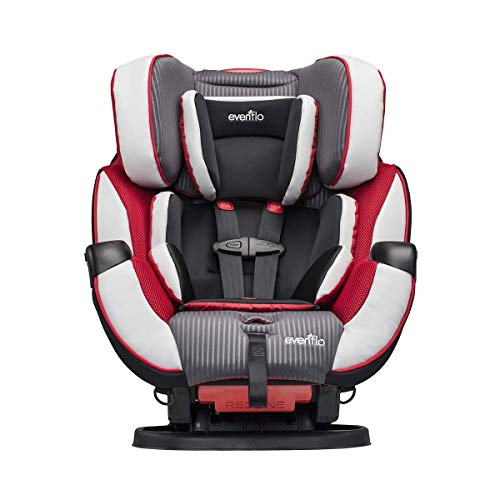 Symphony DLX All-in-One Car Seat
$249.99
Check Price
We earn a commission if you click this link and make a purchase at no additional cost to you.

Honestly, there is going to be something annoying with any car seat you find within your budget. And if you have no real budget, then kudos to you for being able to afford the Cadillac of car seats for your kid.

But if you’re like me and prefer to not spend thousands of dollars on car seats in one of your kids’ lifetimes, then shelling out for Graco Nautilus 3-in-1 Car Seat is likely going to be the going rate. Of course, you can always check out the latest discounts and prices here!

And the little annoyance, like not having enough extra space once the car seat is in the backseat of your car, or dealing with the frustration of removing the pads to wash them are things you’re bound to find with other car seats too.

You really can’t beat the safety that the Graco Nautilus provides, no matter how annoying other aspects might be. And really, this isn’t about the parents, it’s about what your kid will be enjoying for literally years to come.

[…] car interiors. Learn more about this budget-friendly convertible car seat in our in-depth review here. To see its current price, follow this […]