Skip to Content
Alexandra Gavrilescu
Parenting Technique Ace at The Baby Swag
The complex yet beautiful world of motherhood comes without a user's manual and Alexandra knows that all too well. Alexandra spent a lot of her time growing up around kids. Now that she's older, she loves being an aunt to her niece. While she doesn't have any kids of her own, she loves being a part of a village that helps to raise many kids. She's got experience with many different types of kids from a variety of backgrounds. And she loves breaking family habits by introducing new (and improved) parenting techniques.
Latest posts by Alexandra Gavrilescu (see all)

I know that finding the right name for your baby can be challenging so I truly hope the following lists and ideas will help you find a strong baby name for your little one.

There are many interesting, beautiful, and feminine flower names that you can select from for your little bundle of joy. 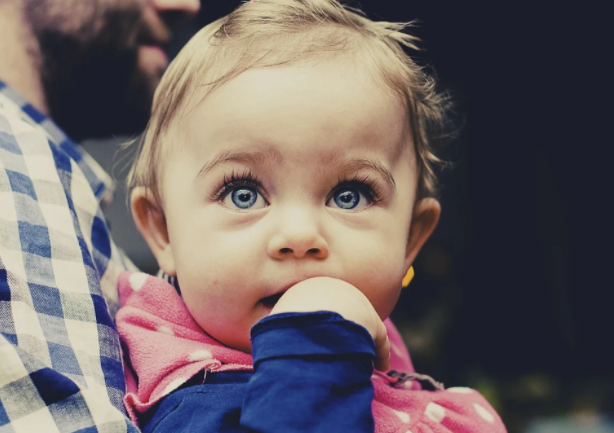 This name is a beautiful and elegant name for a girl. It is delicate just like the flower that it represents.

Rose can also originate from German and it means “fame.”

This girl name is delicate and beautiful and it also has an exotic twist.

This name is pretty unique. Only 286 newborns in the US have been given the name Azalea starting with the year 1880. In fact, most of them were named like this in 2012.

Azaleas are very tall flowers that measure over 2 meters in height.

This name may sound like a common one but it’s very pretty and full of positive energy.

Flower, of the night

Initially, the word Lily came from an Egyptian source. Many parents prefer to combine two flower names such as Lily Violet or Lily Rose.

Jasmine is a girl’s name that comes from the Persian word Yasmine which means the gift from God.

Jasmine flowers grow on shrubs that are part of the olive family. There are around 200 different jasmine species in the world. 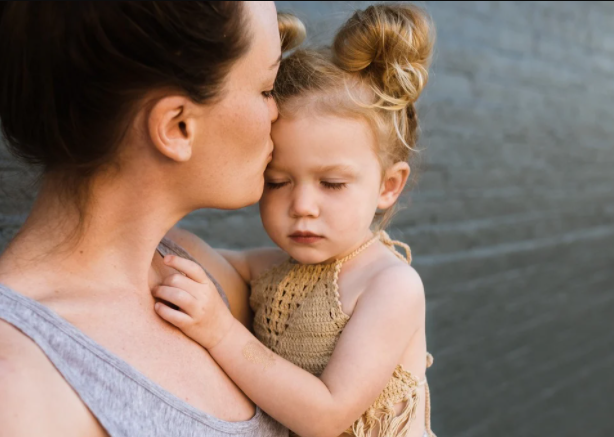 Besides being a flower, the word violet also refers to the color purple which is my favorite one.

Violet was a very popular name in 1920 when nearly 3,700 baby girls have received this name. The name became popular once more prior to the year 2012. It is an adorable girl name.

On Broadway, there’s a show called Violet in which the main character rides a bus and meets numerous people on the way.

In Ancient Greek mythology, there was a rainbow goddess named Iris.

Ever since 1916, the name Iris has always been popular in all English-speaking countries. In 2012, in the US, more than 1,100 newborns were named Iris.

The iris is an important part of the eye. This muscular diaphragm controls your pupil’s size.

Daisy is a pretty name and it could have roots in the Old French language in which Aisy refers to a place and the preposition de was placed in front of the word Aisy. De Aisy referred to a person who came from that place.

Throughout the years, the popularity of this name has fluctuated but it has always remained present. Over 131,000 newborns have been given this name since 1880. In 1996, more than 2,500 baby girls were named Daisy.

Day, Daisy could be a nickname itself from the name Margaret

Ivy is a feminine name that became very popular during the second half of the 19th century.

Over the years, the popularity of this name has grown a lot. In 2012, in the US, more than 1,670 newborns were given this name.

Ivy is a name that people really love in countries such as the UK, Australia, and the US. Many parents in Scotland choose this name for their baby girls.

Ivy itself could be a cute nickname for the name Ivanna. 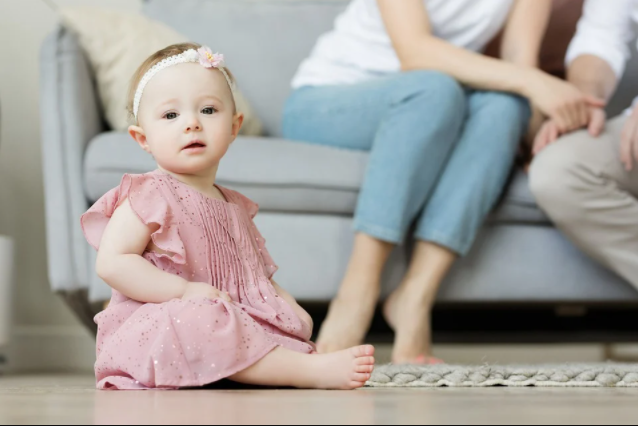 Dahlia is an elegant and delicate name for a girl.

In the US, the name Dahlia appeared quite recently. In 2012, more than 577 newborns were named Dahlia.

Dahlia is the name of a flowering plant found mostly in Central America.

Boys can also wear names that refer to flowers or plants without being too feminine. Some of them are unisex but most of these names symbolize masculinity and strength. 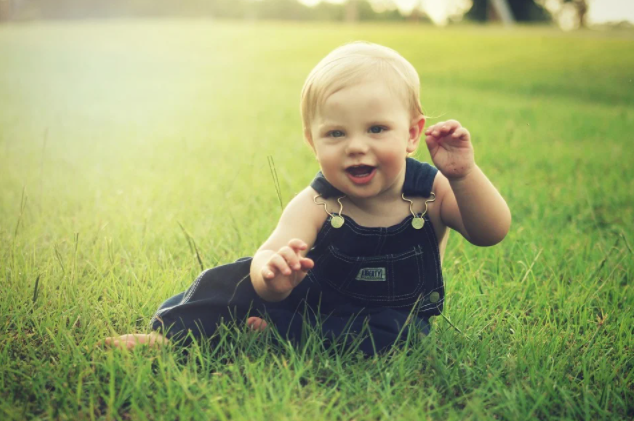 Cedar is a unique and interesting name that makes us think of nature. It is part of the same family as other names such as Oak, Ash, Pine, and more.

A type of tree, Cedar tree

Ceder (from both Jewish and Swedish origins)

Cedar might not be as popular as other names but that should be great for those parents who’re looking for a more unique name for their baby boy. It’s not currently ranked in any US charts of name popularity.

When using the word “cedar” people all around the globe can refer to more than a dozen of different tree species. The most popular one that’s used for roofing is white cedar.

Jared is a beautiful and manly name and it has a special musical vibe to it.

Jared is actually a modern form of one of the Biblical characters, a descendant of Adam.

William is a very popular named worldwide and it originally came from the German name Willahelm which was a mix of two German words: will and protection.

The one that wears a gilded helmet, resolute, valiant protector

There are two name days during which the name William is celebrated: the 6th of April and the 25th of July.

Basil is a manly yet cute name for your baby boy with a very interesting and powerful meaning.

Since 1880, nearly 10,000 baby boys have been given this name. In 1924, almost 300 newborns were named Basil. Nowadays, Basil might not be as popular as it used to be but you can give it a try if you want something different, something that not everybody chooses.

Among all herbs, basil is known as being the king. 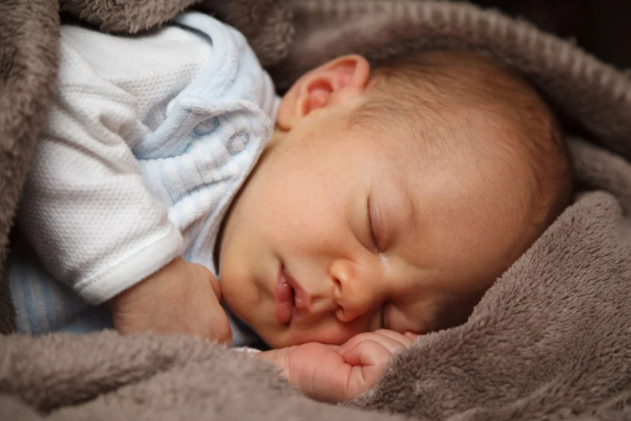 I included Ren as a flower baby name for a boy but I would like you to know that this is in fact a gender-neutral name. It is almost whimsical.

Ren is more of a unique kind of name so it isn’t that popular among parents in the United States. It isn’t ranked in any popularity charts.

Ren could be a variation of the English name Wren. Also, there were two popular characters from an animated TV show called Ren and Stimpy.

Question: What Flower Name Is the Best?

Question: What Name Has the Meaning of Beautiful Flower?

Answer: One name that means beautiful flower is Ayana. This name is suitable for a baby girl and it has African origins. It is inspired by nature and brings a creative and happy vibe. It is definitely an original baby name.

Question: What Name Has the Meaning of Little Flower?

Answer: The name that means small or little flower is Posy. This cute baby name has English roots. Posy is a name for girls and it could translate into “a bunch of flowers.”

Question: What Are the Rarest Names for Girls?

Answer: Here are some of the most unusual names for girls:
Esma;
Diem;
Atlas;
Adley;
Brea;
Embry;
Fleur; etc.

Question: What Are the Rarest Names for Boys?

There are millions of cute names that you can choose for your little bundle of joy. It all depends on your preferences and personality, although you should try to pick a name that suits your baby the most.

For instance, those more conservative might opt for a timeless or evergreen name, whereas modern parents could certainly go with a more unique or exotic name. Regardless of your choice, make sure that the name you opt for has a special meaning.

We are parents first! We know how important it is to find the best baby gear, so we're here to help. We buy, test, and share our thoughts on baby products. We strive to give our readers the best alternatives available on the market related to baby care, infant milk formulas, strollers, and a lot of other related topics. Learn more about us.